It may be the most exciting day of your life! While you’re feeling all those emotions of finally being engaged to the love of your life you may also start to feel overwhelmed with all that comes next. Before you are overcome with analysis paralysis it’s important to remember to celebrate the moment with each other, and then consider the following list for things to do the day you get engaged.

So, you’re engaged. Congratulations! It’s an exciting time and comes with new discoveries and truths you never knew about being engaged. We’re sure you’ve already discovered a few. Here’s our list.

1. Everything Will Feel Different
Even if you’ve been together for years, everything will now feel different. You’ve just committed to spend the rest of your lives together. That’s serious business. So, take a deep breath. Then, begin working on long term plans, things you may not have discussed while dating for your new lives together. Where will you spend holidays? Do you want children? If so, how many? It’s likely things may change as life is filled with surprises. It’s best you’re on the same page as you get started. You may consider premarital/pre-wedding counseling. Working thru hard things at the beginning makes the rest of your time together far more enjoyable.

2. You Won’t Stop Staring (but you’re allowed)
Your hand will feel different because there’s a sparkle on it that keeps grabbing your attention. If you’ve not worn rings before it may feel strange, or, should we call it “new”. This stunning piece of jewelry on your finger is a symbol of something you’ve dreamed of your whole life. Now it’s here. It’s okay to be a “little obsessed” over the sparkle on your finger. Since everyone will be asking to see it, get yourself a manicure to nicely frame that ring. CAUTION, don’t stare at the ring while driving.

3. You’ll Feel Like A Broken Record
With the excitement of being engaged, everyone will want to ask about the proposal. This may get wearing over time but, hey, that’s the fun of being engaged, telling and retelling your story. To save time, and remember the details of the proposal story, write it down in a journal and then post it your favorite social media site so you can easily share it with friends and family.

4. They’ll Ask Before You Know the Question
They’ll be a lot of buzz and excitement around your recent engagement. You won’t have time to set a date or location for the big day before people will be asking for the date and venue details. To save yourself some stress, you may want to come up with something simple to say when asked like, “We’re just so thrilled to be engaged right now. We’ll be working on the details soon.”

5. You Can’t Make Everyone Happy…
While you’re hoping your family and friends will be thrilled, there will be those that may not be so supportive or excited about your recent news. This is a time for you to celebrate! Stay positive and focus on the excitement of getting married. Remember the attitude of less supportive people is a reflection on them and not you.

6. You’ll Discover Your True Friends
Your true friends will be those who immediately cheer your engagement news on social media, help you celebrate on the town the next day and ask what they can do to help you make plans for the big day. Keep those friends in your inner circle and get them involved in your wedding plans. They asked because they want to help. This is where some of the strongest friendships are built.

7. Those Wedding Movies Won’t Mean the Same
All those wedding films you’ve watched in the past will mean something entirely different now that you’re engaged. You may find yourself watching them all over again and a certain interest in wedding movies or tv shows. It’s okay to binge a bit. You may discover some ideas to better celebrate your special day.

8. You’ll Get Plenty of Advice (some unsolicited).
Your friends and family, who have great intentions and “maybe” some good ideas, will have plenty of ideas and advice for you. Take it in stride. They care about you and are just trying to help. As they give you their “should & shouldn’t” advice graciously listen and thank them for the thought or idea. You can decide privately what to do with your wedding plans.

While the average length of a marriage today is 8 years, there are just some couples who have great longevity. Many ask how they did it? Since engagement season is upon us, we thought we’d share some secrets of love and long-lasting marriage from a couple with a lot experience.

Introducing John and Ann Betar, named America’s longest-married couple. It all began in Bridgeport, Connecticut. “We were friends. He’d drive me to school,” Ann said. John’s story, “She’s the girl I had loved. Always. And I had wanted to marry her.”

Married in 1932, 21 year old John and his 17 year old bride eloped after her father wanted her to marry an older man. Fast forward 83 years of marriage later, both John and Ann have lived to be past 100, are great-grandparents and all these years later still hold hands.

John and Ann shared their thoughts to long-lasting marriage this past year. When asked what the secret was this is what they said. “It’s a lifelong thing. How do you define love? Through actions, understanding, little things…,” said Ann. “I wish I knew! It’s natural. An understanding,” said John.

They were asked, what are some things you do to keep things fresh, new, and entertaining?” Ann emphasized the importance of touch. “We hang onto one another! Just a few little hugs and we’re fine.”

Probably the biggest question anyone would ask marriage veterans would be, what do you do after you have an argument? Do you make up on the same day? Their reply is quite humorous and endearing. Ann said, “I say, ‘Oh go do what you want.’ Nine out of ten times he doesn’t!” John responded, “We never hold grudges. Most arguments are about food.” Ann added, “Yeah, like ‘You bought the wrong kind of cucumber!'”

Get directions to the El Caribe. 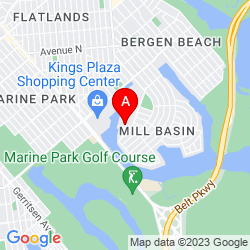